Net Worth: $27 Million
Source of wealth:

French professional footballer, Samir Nasri has an estimated net worth of $27 million (£17m) as of 2015, according to the Sunday Times Rich List. His basic salary is £150,000 a week and he has a boot deal with New Balance. He plays for English club Manchester City and the France national team. The midfielder was born in Septèmes-les-Vallons, Marseille on June 26, 1987. 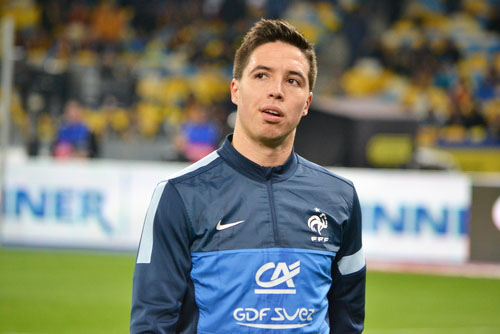 He joined Olympique de Marseille Academy at the age of nine and started his professional career playing for Marseille; making his debut in September 2004 at the age of 17. He later joined Premier League club Arsenal in June 2008 and moved to Manchester City in 2011, sigining a a four-year contract.

Nasri signed a new deal in summer of 2014 with Manchester City; offering increased incentive payments should keep the midfielder at the Etihad until 2019.