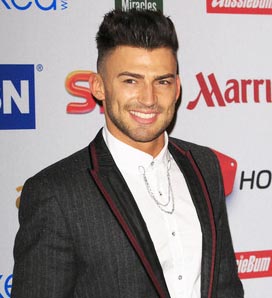 Jake Quickenden was born on 3rd September, 1988 in Scunthorpe, Lincolnshire, England. The English reality TV personality, singer-songwriter, footballer and model has an estimated net worth of $1 million. Jake also played football under 16’s for Scunthorpe United as well as a few seasons in Australia. He was a a pub singer before becoming a lifeguard.

He is best known as the finalist on UK’s talent show The X Factor in 2014. In 2012, Quickenden reached the Judges’ Houses stage on The X Factor UK, but was locked out by his mentor Nicole Scherzinger. Along with other boys Jake was mentored by Nicole Scherzinger. In 2013, he signed with Kim Glover Entertainment and went through the live shows of X-Factor. Jack went on to become finalist on X Factor in 2014 series. On the show, he was favored by Judge Mel B who was also his mentor.

After his X Factor journey, Jake became a contestant in the fourteenth series of reality show I’m a Celebrity…Get Me Out of Here!. He joined the show on 20th November, 2014.