Diane Sawyer is a former news anchor  and TV personality. She was born on December 1945 in Glasgow, Kentucky. She has an estimated net worth of $80 million with an annual earnings of $22 million. She was co-anchor of ABC flagship program ‘ABC World News’. 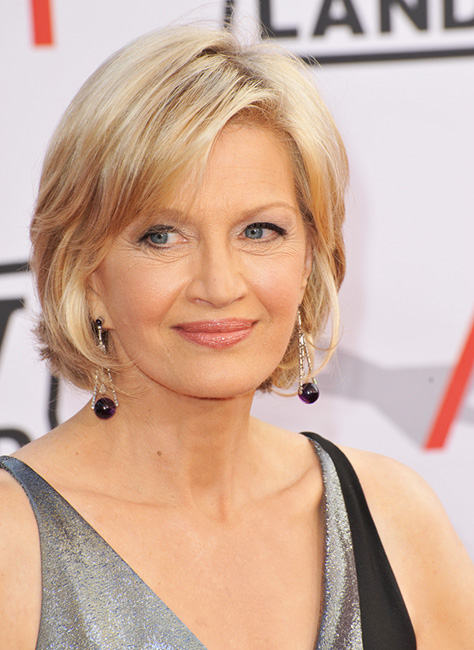 Her father was a politician who was killed in a car crash. She became the editor-in-chief of her high school newspaper. She also won first place for the National America’s Junior Miss scholarship pageant. The event was held in 1962, where she was a high shcoool senior. She also promoted the Coca Cola pavilion at the New York World Fair. She graduated with a Bachelor’s of Arts from the Wellesley College in Massachusetts. She landed her first job as a weather forecaster in her hometown Kentucky. She moved to Washington D.C. in 1970 where she found work at the White House. She was the assistant to the deputy press secretary and later became the administrative assistant to the same. She went on to become the staff assistant to President Richard Nixon. She helped him write his speeches and prepared him for his interviews.

She joined the CBS news channel in 1978 as a reporter. She became their Morning news co-anchor in 1981, followed by the correspondent for the show 60 minutes in 1984. She co-anchor the Primetime Live from 1989 – 1998. She was also the co-anchor of Good Morning America the ABC World News Anchor. She has interviewed many famous people including American Presidents such as Bill Clinton, George Bush, Richard Nixon and Barrack Obama. She also interviewed personalities such as Manuel Noriega, Saddam Hussein, Nancy Reagan, Michael Jackson, Fidel Castro and Michael J. Fox. She has also been added to the TV Hallway of Fame and won awards such as Peabody Awards, Emmy and Daytime Emmy.

Diane Sawyer married film and television director, Mike Nichols who passed away on November 19, 2014 due to cardiac arrest. The couple had no children.